I’ve seen a few of these movie challenges floating around the intarwebs, so I thought it’d be fun to do, so I picked one in the bunch and started my picture hunting. And since it’s so long, I decided to do it in two goes (cause I’m a giant lazy-ass). Without further ado, here’s A to M in my Alphabet Movie Challenge. Enjoy! 🙂

I’m a big superhero movie fan, especially the X-Men. Actually Marvel in general. DC movies (with the obvious exception of The Dark Knight) are kinda dull. Despite his awesome powers, Superman is actually pretty boring, but that’s not the point here. I’ve loved all the X-Men films (Even The Last Stand, which everybody seems to have hated, I dunno, I loved it), so I’m really, really looking forward to this one. It should tide me over on superheros till Avengers 2 comes out next year.

This book is one of the best books I’ve ever read. It’s an amazing story, I can’t believe it hasn’t been turned into a film yet. Actually, now that I think of it, I don’t think any of Robert R McCammon‘s books have been made into films. It’s such a shame, too, cause his books are mostly awesome and, in the right hands, would make amazing films. I wonder if it’s the author who just doesn’t want his books “messed up” by a film-maker…

I don’t think I really need to explain this one. Robert Downey Jr is just simply the coolest cat on the planet, and I’d like to say howdy.

I may be cheating a little here since this pairing already happened, but really, this is the best actor/director pairing that could ever happen. Joss Whedon‘s writing fits RDJ like a glove. I sincerely hope that they’ll have a long career of working together (without becoming as predictable and tired as Tim Burton and Johnny Depp).

I decided to forego all the obvious classics, and reccomend something that may be a little less known. The Ghost and Mrs Muir is an absolutely lovely story about a young widow who moves into a new house to find that it’s haunted by a handsome, if a little rough around the edges, sailor. After the initial shock of finding a ghost in her house, the woman comes to care deeply for the ghost, and he her. If you haven’t seen this wonderful little film, I really reccomend it.

It may not be the franchise that has the most films in it (there’s only three), but its quality is unmatched. I don’t really think I need to explain why. If you’re one of the three people on the planet who haven’t seen the Lord of the Rings trilogy, go, now. Schnell!!

I like a lot of different genres, but my favourite by far is horror. Fantasy comes in a close second.

So, The Adventures of Priscilla, Queen of the Desert isn’t really a “hidden” film, I’m sure a good number of people have seen it, but I can’t really think of anything else off the top of my head. But, still, I’m sure there’s a lot of people who haven’t seen this yet, and to them I say: shame on you!! hehe This film is so fun and so touching all at the same time. Or watch it simply to see Agent Smith (and Lord Elrond) in drag :-p

So I don’t really have a movie that helped me through a tough time, or really impacted my life in a huge way or anything like that, so I had a bit of trouble picking a movie for this category. So I went all the way back to when I was a wee little thing, to the first time I saw The Lost Boys. My mom bought it on good ol’ VHS when it came out, I was about 7 years old. She hid it instead of putting it with my other movies, telling me it was too scary for me. So, of course, when she wasn’t home I hunted for it till I found it and popped it into the machine. And there began my life-long love affair with vampires. Did my mother ever catch me watching it, you ask? Well, yes, she did. But not before I’d watched it so many times that I could recite almost the whole film word for word. Exasperated at me, she nevertheless let me watch whatever I wanted from that moment on, since it obviously wasn’t giving me the nightmares she’d promised I’d get after watching.

Another little cheat here, but really, can you blame me? It’s not like there’s only one film I ever watch when it’s raining. But Netflix is perfect for those rainy/lazy/sick/sleepy days. With tens of thousands of movies and shows to pick from, slacking off has never been easier! hehe

There was absolutely no way that I was going to be able to choose a single film for this one. There are so many awesome films from my childhood, and I still watch them all. And I’ve got my own child now, and I’m enjoying watching him enjoying them now. They don’t make ’em like this any more. Such a shame. 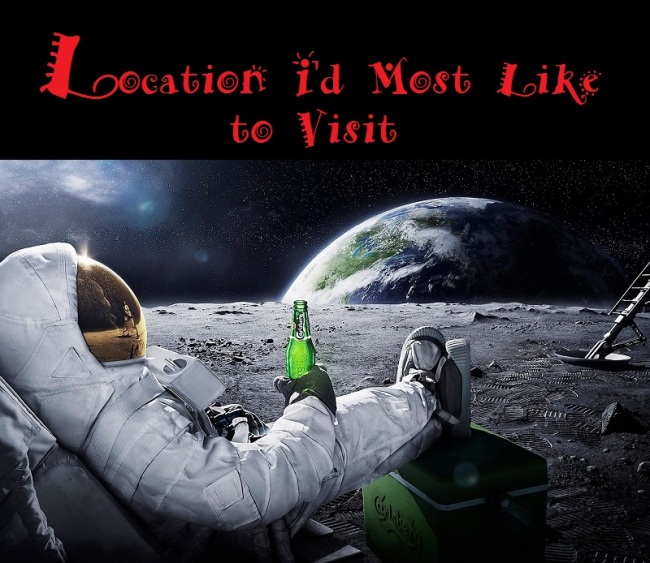 Obviously. I wouldn’t bring beer, but oh, to sit on the moon looking out at the Earth. Or to float around space, seeing all the majesty of the planets, stars and everything else in the universe. In a protective bubble, of course. I want to see the majesty, not have it murder me. 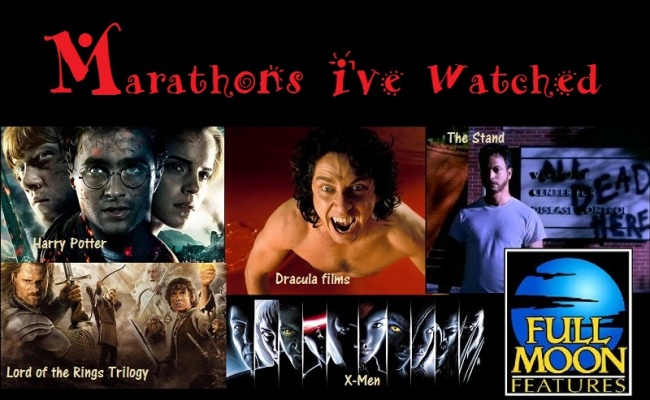 I had to sit and think about this one. I binge watch stuff often, but rarely do I do it with movies. In fact, I always wait till the end of a season to watch the shows I like, so I can watch as many as I want, without the frustration of waiting a week (or more) to know what happens next. But every so often I’ll watch a few movies in a row, and when I do, it’ll invariably be one of these.

That’s it for now, hope you enjoyed!