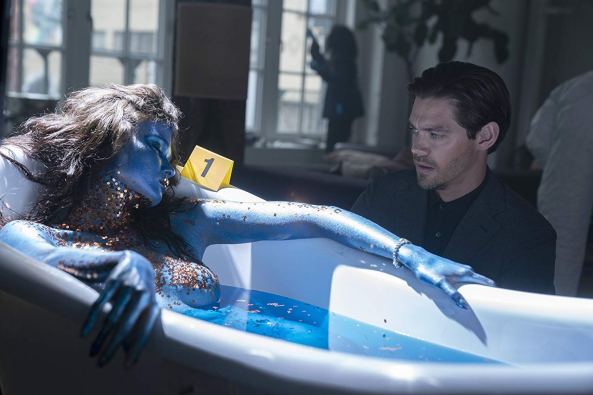 First, let me get this out of the way: Tom Payne as Malcolm Bright is a stone cold fox. Got it? Good, we can move on.

8 episodes of this show have aired on Global Montreal (I imagine the same amount have aired elsewhere). I’ve seen 6 of them. And really, it’s some of the best new tv that’s played in a long time.

Payne plays an FBI profiler fired from his job, despite being the best, for being overly reckless. He goes back to his home town of NYC where he’s hired by the local police to help on some cases. He has horrible night terrors stemming from his childhood. His father, you see, was a serial killer known as “The Surgeon”, and Malcolm was very traumatised by the fact. As the episodes go on, he’s trying to separate fact from fiction, as he’s having different and more vivid dreams that he thinks may be memories.

I’ve always had a soft spot for serial killer shows, so maybe I’m a bit biased, but I love this show so far. The acting is mostly good, the stories are great, the characters are engaging, and, to no one’s surprise, Michael Sheen is electric as good old dad. I for one can’t wait to watch more, and I hope it lasts on tv for a while. They tend to can shows I like quickly, so here’s hoping that doesn’t happen this time.