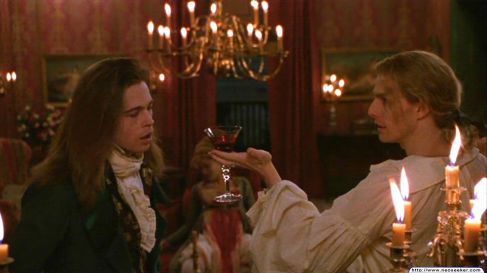 Anyone who knows me even just a little will be able to tell you that I love vampires. Throw a rock in my house and chances are good that it’ll hit something vampire-related. I’ve seen so many vampire films, and I’ve enjoyed almost all of them to one extent or another. For me not to like it, a vampire film has to really be a truly colossal piece of shit. So trying to pick one single favorite vampire movie is like trying to pick the prettiest star in the sky. There’s one that I would have put here without question, but I’m saving it for later. So for this category, I’ll go with Interview with the Vampire, based on the novel of the same name by Anne Rice. When I first heard of this film, I was super excited… until I heard who was playing in it. To say I’m not particularly a fan of Tom Cruise is an understatement, and Brad Pitt was definitely not the first face to come to mind when I thought of the character of Louis. And I wasn’t the only one less than thrilled by the casting. Anne Rice herself was apparently livid when she found out Tom Cruise was playing Lestat. All that changed, however (for her and for me), after the movie came out. I saw it and fell in love with it immediately. It’s so well done, beautifully acted, shot and filmed. Some movies I watch once or twice, and even if I love them don’t feel the need to watch them again. Others, like Interview, I can watch time and time again and never get bored of it.

Day 7 – Horror Film I Think No One Has Seen: The Club 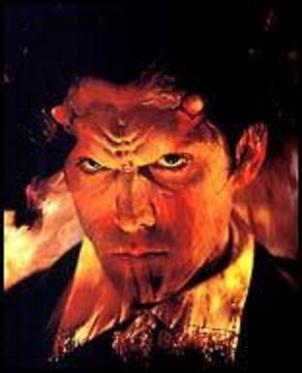 This film is so little known that doing a Google image search yielded exactly 5 pictures, all of them crappy. Even the film’s IMDb page has no pictures. During the graduating class’s high school prom, a strange man named John is amongst the students. He wants them to join his very exclusive club, you see. Initiation is simple, all you have to do is commit suicide… or murder. It’s a campy piece of film, but quite enjoyable for those who enjoy the genre. If you haven’t seen it, I recommend it.

Since I’m from Canada, I could have gone with any film from the States and it would technically be a foreign film. But that would be cheating. So for this category, we go to China for the Pang Brothers’ extremely creepy ghost story, The Eye. Mun is a young lady who’s been blind all her life. After a cornea transplant, she starts seeing things that she’s unsure if they’re real or not. She slowly realizes that she’s able to see things that other people can’t, and goes on a trip to Singapore to find who her new eyes used to belong to, and what this person is trying to tell her. Such an amazing film, scary, tense and very well acted. The elevator scene (that almost killed me the first time round) gets my heart pumping every time. 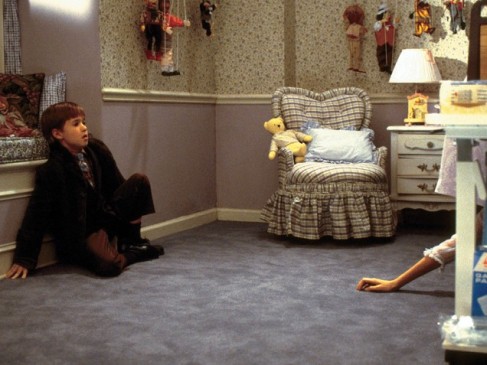 Since I’m not a huge fan of the slasher flick, pretty much all the horror films I watch, and the ones I love the most, are technically in the supernatural category. But I decided to go with what the creator of this list probably meant, and that’s ghost stories. I do love me a good old haunting. I remember when I saw The Sixth Sense for the first time. I went to see it at the cinema with my cousin. And we were both so blown away by that ending, we went back to see it again right after, just to see if we could spot any mistakes that would have the twist make no sense. We didn’t see any. Too bad so many of the director’s subsequent films sucked…

Day 10 – Horror Film Everyone Loved, But I Didn’t: Suspiria 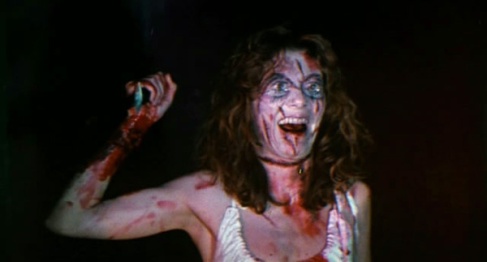 As with the film I thought I like, but didn’t, so many films could have gone here. The Shining, Halloween, Friday the 13th, Alien, Texas Chainsaw Massacre, all boring-ass films that everyone seems to love. But the worst has to be Suspiria. Much like Kubrick, I will never understand Dario Argento‘s appeal. I’ve seen a few of his films, and they’re all horrible. Like a whole new level of horrible. Sure, they’re pretty and bright, but a good film that does not make. The acting was painful, effects laughable and the story… so… bloody… slow. I do like me a good slow burn, but at some point, something has to happen. A bright red murder after every 25 minutes of watching someone walk around doesn’t count as something happening. Really. The only thing this film has going for it is that awesome theme song by Goblin.

Welcome to a Goth girl's world.